At Rimini Palacongressi is held the Web Marketing Festival 2018, that has already gained a big social success since the first day of works. In fact, social networks record more than 11.000 posts, containing the official hashtag #WMF18.

The biggest event about digital assigned the first recognitions to personalities, companies and istitutions that have distinguished themselves with innovative, effective and original digital initiatives and communication campaigns during the last year.

This year Genoa got up on stage to take the Web Marketing Award Social Sport, for the best sporting campaign. During the last sporting season, the football club has used the “Genoa Social Wall” realized with the Datalytics Engage technologies.

Inaugurated in the 2016/17 season and carried on in the last one, the engagement activity has allowed Genoa fans to appear on the Ferraris big-screens before and during the home matches.  The initiative consists to have published viewers photos on social networks with the hashtag #Genoawall, and subsequently projected inside the stadium in real time. 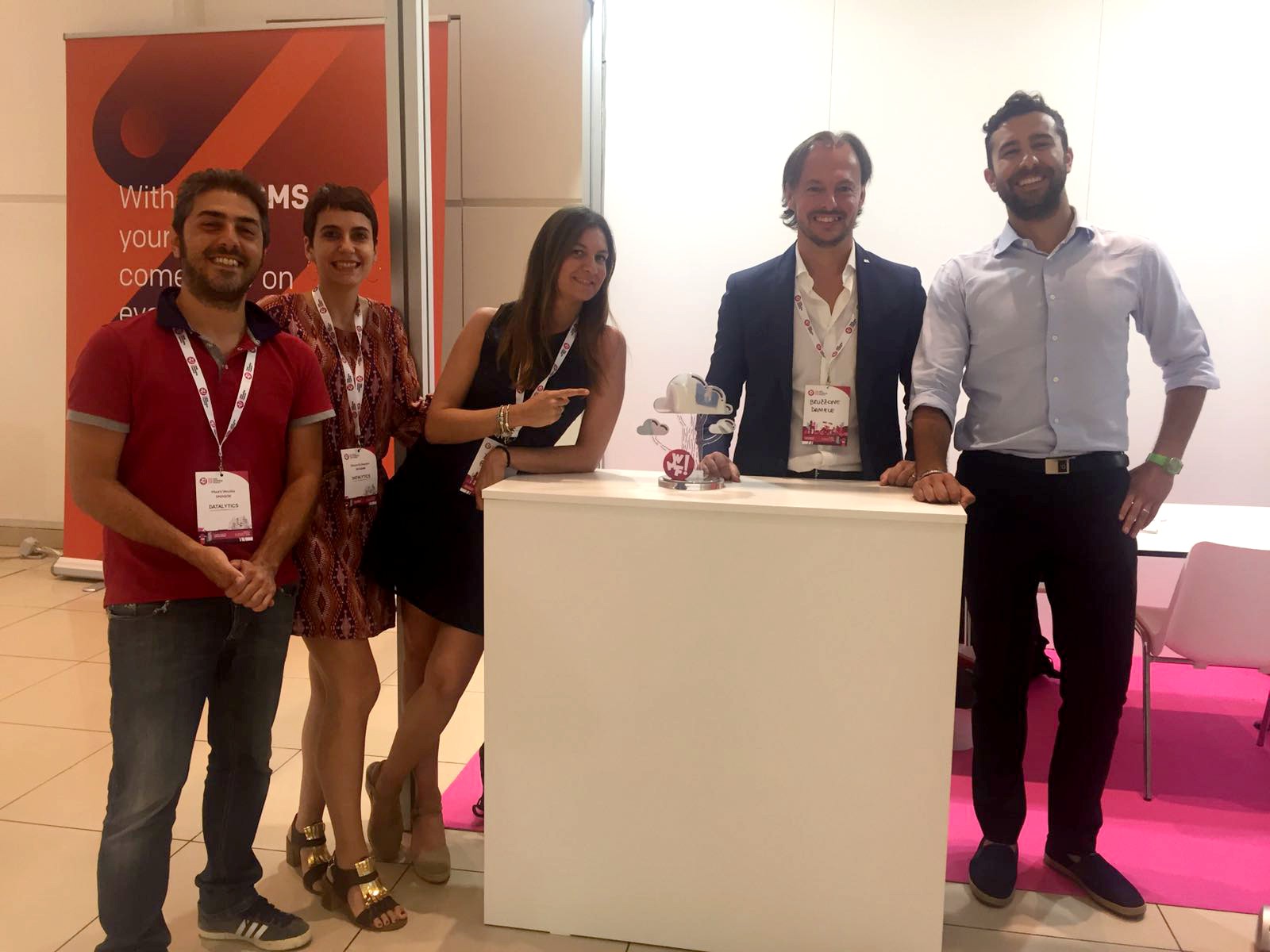 In the picture the Datalytics team with Genoa CFC during the Web Marketing Festival 2018.

Thanks to Datalytics Engage solution, for the first time in Italy it was assigned a soccer company to involve its fans with initiatives between stadium and online.